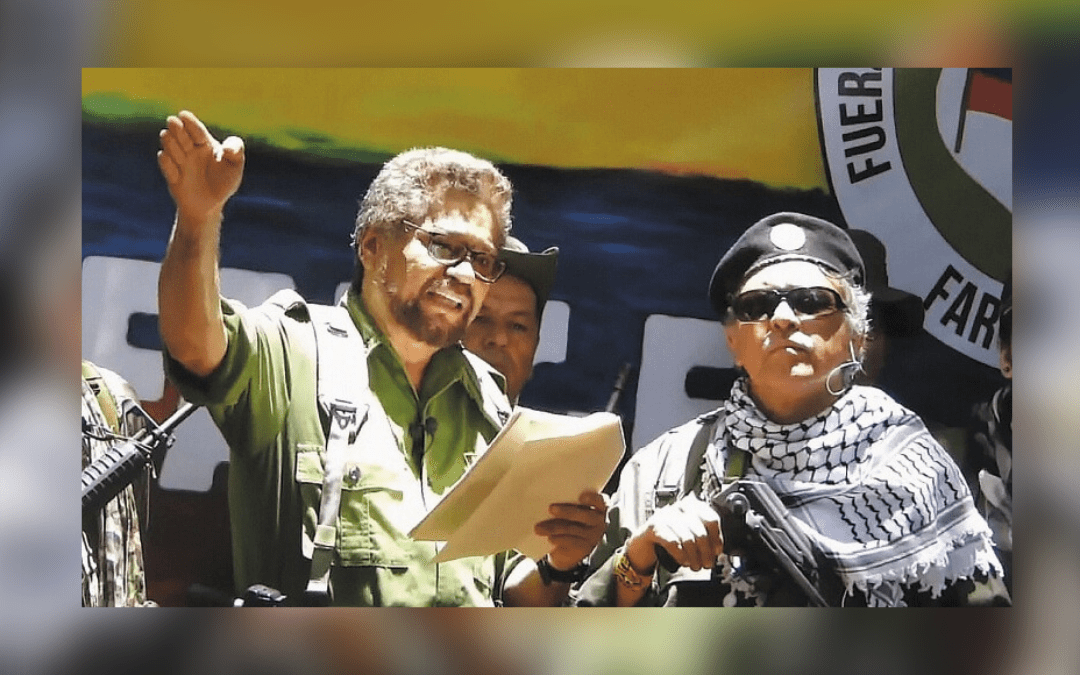 Last Thursday, August 29th, former commander and peace negotiator of the Revolutionary Armed Forces of Colombia (FARC), Iván Márquez, announced a renewed call to arms after nearly 3 years of a peace deal with the Colombian government. The deal had been signed to end 52 years of war that killed over 260,000 people and bring stability to the country.

The FARC’s political leader, Rodrigo Londoño, alias Timochenko, has insisted that his party would continue to honor the peace deal of 2016, and Colombian president Iván Duque downplayed the threat saying,

“We are not facing the birth of a new guerrilla force but criminal threats of a gang of narco terrorists who have the shelter and support of the dictatorship of Nicholás Maduro” as reported by The City Paper (Bogotá). According to Reuters, security forces estimate Márquez commands up to 2,200 soldiers in contrast to the nearly 13,000 previously united under the FARC.

While the news of this development has brought cause for concern in Colombia, sources including former president Juan Manuel Santos have pointed out that this faction does not represent the FARC as it once was, and that 90% of the group is still committed to peace. Many former members have integrated their lives into Colombian society in a way that is dependent on peace if they plan to remain in government positions, run businesses they have started, or raise their families as legal citizens instead of fugitives in hiding. 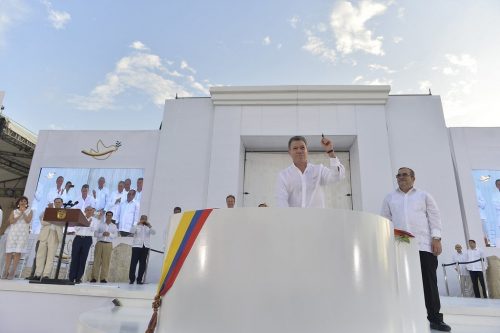 Juan Manuel Santos then president of Colombia, at the peace agreement with FARC in 2016

So what does this development mean for the Colombian economy and foreign businesses operating within the country?

Any threat of violence or terrorism has the potential to inject fear and uncertainty into the market, and it is a development that should be monitored. That being said, Colombians did not receive the news of the 2016 deal with the same enthusiasm as the international community and were skeptical of the truly successful outcome of sustained peace.

The announcement by the insurgents hasn’t surprised the local population as much as sensationalized international reporting may lead one to believe. Colombia Reports confirmed this sentiment saying, “Marquez’ rearmament is nothing but just another sad reminder of something we already knew and something that was anticipated; that fringe figures, crazies and criminals who justify violence are still here.”

It may not be positive news, but it hasn’t shocked the general public, and the stock exchange has not seen any decline since the statement last week. “The start of a new guerrilla group by Iván Márquez is a politically significant event, but at this point does not alter the country’s security profile or security risks. Most likely members of the group aren’t even in Colombia,” said Sergio Guzmán, founder of Colombia Risk Analysis.