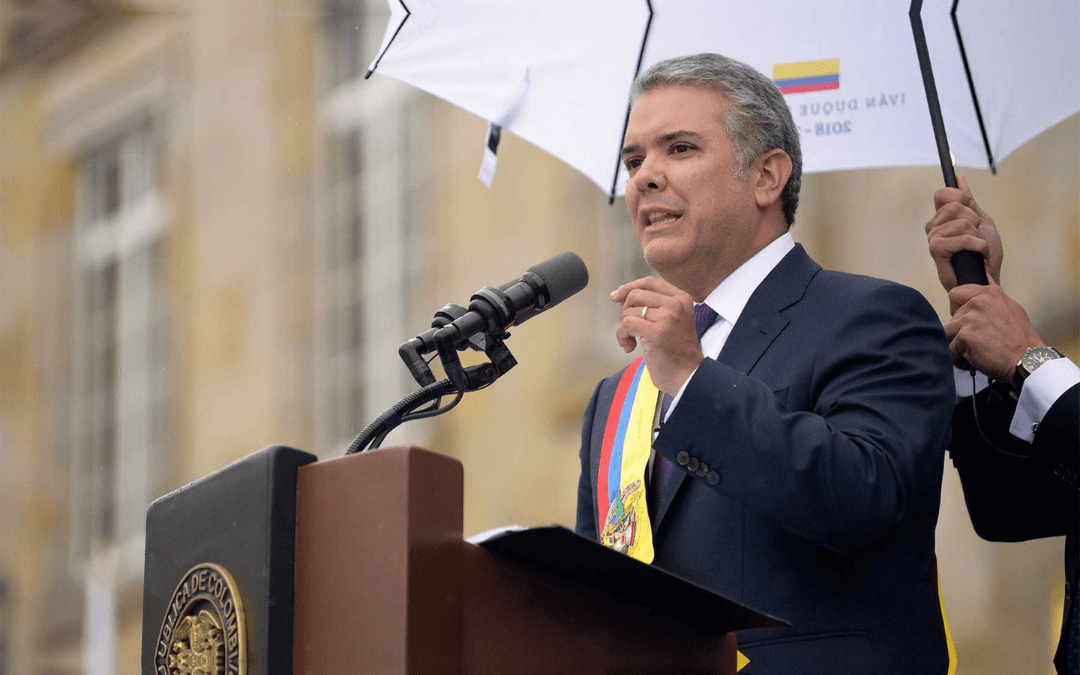 Ivan Duque of the right-wing Centro Democratico party narrowly defeated his left-wing opponent Gustavo Petro in the second round of presidential elections in June and took office on 7th of August 2018.

Duque, 42, is a protege of former presidents Juan Manuel Santos and Alvaro Uribe and a staunch opponent of the peace accord with the former guerrilla group FARC.

The young president has called in experienced executives, dynasty politicians and personal friends of former President Alvaro Uribe to run the country until 2022.

Although Duque has only been in office for a bit over two months, he has already taken a pronounced stance against the implementation of the peace agreement with former guerilla group FARC, showed eager to collaborate with the United States in its opposition to the Maduro regime in Venezuela and reversed the previously allowed possession of personal doses of drugs, making any form of drug possession illegal.

On the economic front, the young president has shown interest in stimulating startups and new technologies – especially in the Orange economy. His campaign promise to lower taxes and increase workers’ salaries so far hasn’t materialized. On the contrary, his government has expanded the tax base by decreasing the minimum taxable salary from COP 3.5 to 1.9 mio. – effectively increasing the tax burden for lower incomes. Duque’s new tax plan that is currently being drafted will show whether he will come through with his promised tax decreases for companies.

Stay up to date on main political and economical news from Colombia and Peru by subscribing to our newsletter.