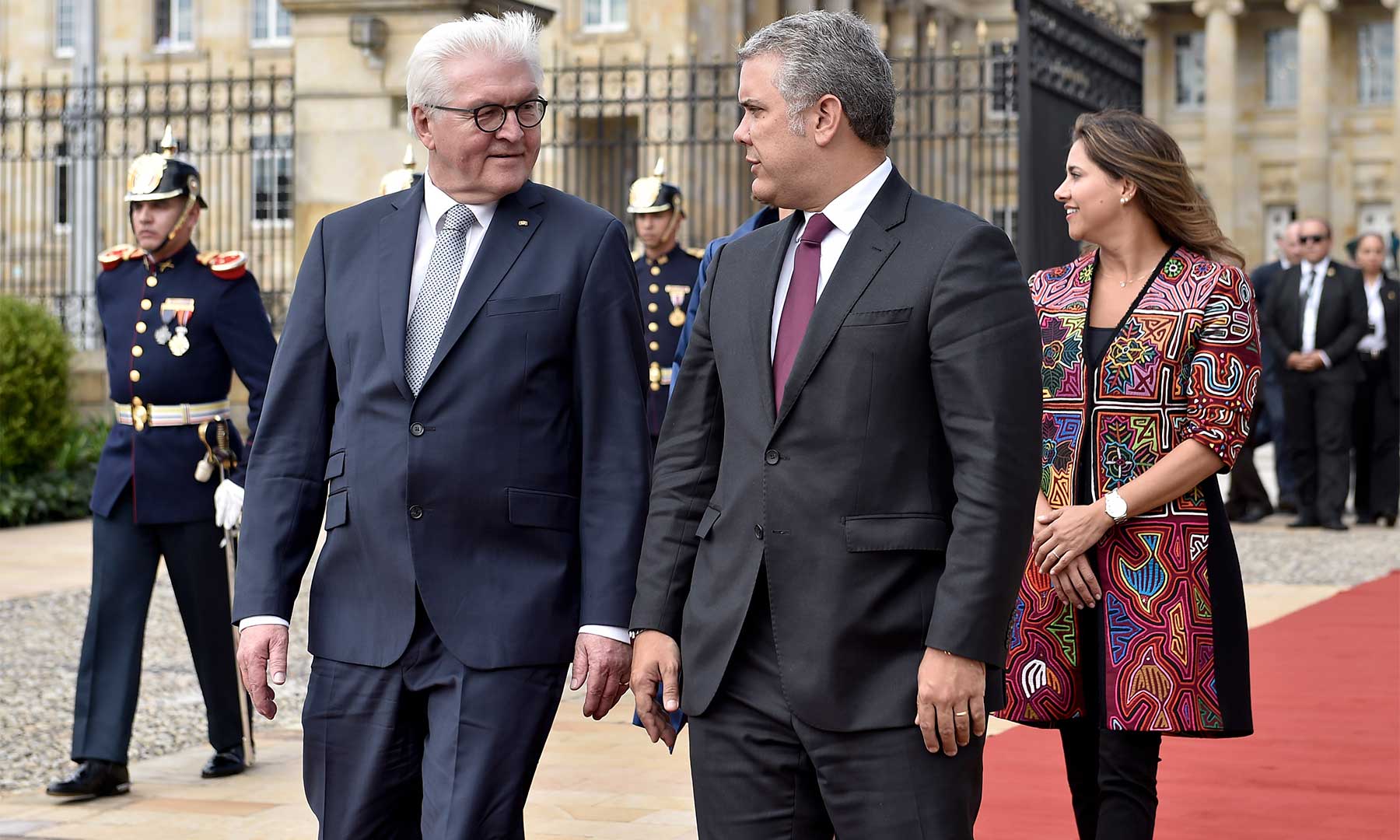 German President Frank-Walter Steinmeier invited President Ivan Duque to his country in order to strengthen relations and bilateral trade between the two nations.

Colombia and Germany will intensify their relations to strengthen trade between the two countries. This was announced by the President of Colombia, Iván Duque Márquez during the visit ofFrank-Walter Steinmeier, President of the Federal Republic of Germany, in February.

According to both political leaders, a treaty to eliminate double taxation will be high on the agenda in order to stimulate the exchange of goods and services, as well as increase investment in key areas such as the Orange Economy.

“From our dialogue, important goals have arisen, such as advancing a framework to eliminate double taxation between our countries, and continuing to strengthen bilateral trade,” said the Colombian President. 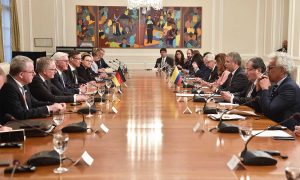 President Duque and his cabinet and the German President, Frank-Walter Steinmeier, and the delegation that accompanied him during his official visit to the country held an extended meeting in which they addressed different topics of the bilateral relationship.

For his part, President Steinmeier assured that he will convey the intention of the Colombian government to address these aspects to the German government, and confirmed the interest of German companies in South America, particularly Colombia.

“Mr. President, I cordially invite you to Germany to get an idea of the commitment of German companies in South America”, he assured and highlighted the importance of the Orange Economy, a sector President Duque wants to incentivize.

According to Steinmeier, the Orange Economy is “has been booming in Germany lately”, and he promised to show President Duque “interesting examples” during his planned visit to Germany.

Before expanding your business to a new country, you should be aware of its unique local customs and culture. Colombia is no exception. It is a vast country with a lot of cultural diversity where the business etiquette varies as we travel from one part of the country to another. In most of the big cities of Colombia, business is done more formally than in smaller cities or in the coastal regions. However, as in most countries in Latin America, business success relies a lot on personal relationships that build trust and provide a certain recompense for a weak legal system. Using the support of a reliable local partner can help you save time, resources and ensure your compliance.

If you require more information on how to expand your business to Colombia, contact Daniel Breitenmoser at colombia@ongresso.com.