Why Businesses Are Expanding to Mexico?

Business expansion in Mexico is in high demand. It has a shared border with the U.S.,13 free trade agreements with 50 different countries, and a talented and affordable workforce. Accessing multiple major shipping ports on both the Pacific and Caribbean coasts is just one of the variety of benefits. 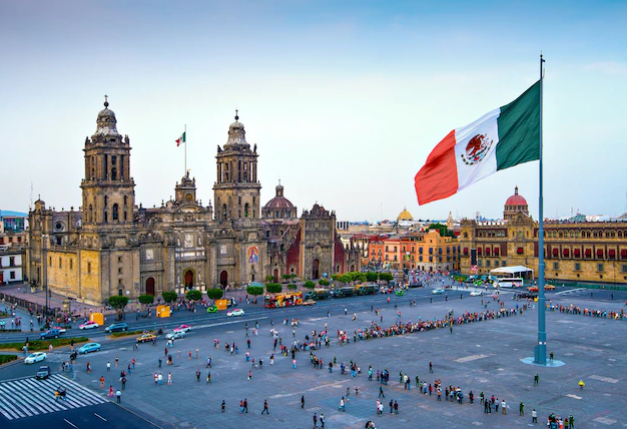 Business expansion in Mexico is in high demand from international investors. It has a shared border with the U.S.,13 free trade agreements with 50 different countries, and a talented and affordable workforce.

The US-Mexico border is the most frequently crossed border in the world, with more than one million people crossing it every day. This massive movement is not limited to people only, but also the products that cross the border frequently because of the USMCA trade agreement (formerly known as NAFTA North American Free Trade Agreement). An increasing number of people and businesses are now moving to or considering a move to Mexico.

This trend may surprise, but it demonstrates how Mexico has become an attractive market place for business expansion from all over the world. In this post, we’ll cover why Mexico has increased in popularity and how your company can benefit from this development.

Benefits of Expanding Your Business to Mexico

Undoubtedly, business expansion into the Mexican market with almost 130 million Mexicans, 1,9 million people without employment, is a huge workforce potential opportunity. Additional advantage why more and more companies around the world are looking to expand their business in Mexico.

Naturally, this phenomenon is especially prevalent in the southern part of the US because of its geographical proximity to Mexico. In comparison to other important latin american economies like Brazil or Argentina, Mexico has a significantly higher percentage of english speakers. The fact that  Mexico is relatively similar to the US culturally, linguistically, and economically in comparison to  other countries in the region also makes it an easier market to hire employees.

Nevertheless, the increase in remote work since the Covid-19 pandemic has made Mexico an attractive destination for business expansion. The following are some of the most popular reasons these businesses are choosing Mexico to boost their business and expand:

Are You Ready to Expand Your Business to Mexico?

Here are some key aspects to consider

Upon existing the pandemic and seeking new business expansion opportunities, many businesses are looking to markets like Mexico for the reasons mentioned above. Expanding your business to Mexico could help you take advantage of the current opportunities as well. This allows for more accessible imports/exports which serves companies that work with physical products and manufacturing.

Regarding the USMCA free trade agreement, businesses have reaped a lot of benefits since its ratification in 2020. The threshold over which customs duties or taxes are applied to internationally shipped goods is set high in the USMCA, which means goods are subject to less paperwork and may clear customs faster. In comparison to NAFTA, the new free trade agreement offers much more extensive protection of intellectual property. For example, the agreement exempts digital products from customs duties and other discriminatory measures. In general, the new USMCA is much more focused on small business than the previous agreement. This favors both companies that want to enter the United States and Mexico itself.

Before expanding to Mexico it is important to know as much as possible about your specific sector in the local market. Not every expansion effort is successful, so it is worthwhile to study failures in addition to success stories to learn from past mistakes and be prepared to avoid them as they arise. Furthermore, it is essential to research labor laws or work with local partners who are well-versed in this area if you are looking to hire local talent because the Mexican legal system is particularly complex. Regulations change constantly, and it is crucial to stay up to date with these changes. Market Intelligence is key in order to make informed decisions. To learn more about market intelligence and its benefits read our blog on this topic.

Mexico has benefitted from a close relationship with the US in terms of trade, but in recent years, it has gained more attention from both US and European businesses as it offers a wide range of opportunities across different sectors of the economy. Biggest cities in Mexico are starting to ramp up their technological, innovative, and business expansion capacities to attract more investment.

While opportunities for expansion may abound, entering new markets is no easy task. Working with a multinational partner like Ongresso with 10+ years of experience of assisting business with their expansion to Latin America takes away much of the uncertainty with this process and significantly improves your chances of success. We are glad to help you establish and grow your operations in Mexico and throughout the region.

Follow our blogs and social media channels for more information about business expansion to Latin America, and reach out to us to discuss your current situation and how to achieve your expansion goals in the region.