Digital transfer applications are getting more and more attention, while the share of digital transfers from all financial transactions shot up from just 26% in 2018 to a staggering 70% in 2021. Colombia is no exception when it comes to the popularity of real time payments. 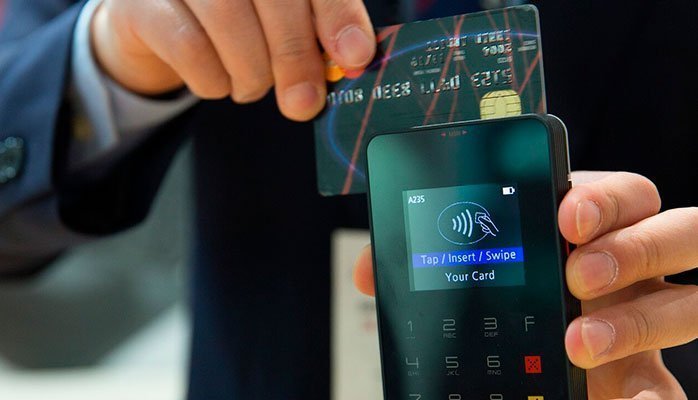 Nequi, Daviplata, and Tpaga are the most popular digital transfer applications in Colombia. Approximately five years ago, the only form of paying “immediately” was with cash, the Colombian Peso as credit card transactions typically took 48 hours to settle. Businesses, in general, were afraid to use credit cards as a means of payment because of this 48 delay in the movement of funds. As for debit cards, their use was much rarer compared to today.

The share of digital transfers from all financial transactions shot up from just 26% in 2018 to a staggering 70% in 2021 (1). This is mainly a result of the pandemic which, of course, intensified the need for fast, secure, and easy-to-use digital payment systems. Just a few weeks ago, on December 6th, 2022, another cornerstone of the digital transfer infrastructure in Colombia was achieved. The Colombian central bank announced major progress with regard to the design and implementation of a national real time payment system (2). The system is still in early stages, but the announcement of advances is great news for the financial inclusion, formalization, and competitiveness of the Colombian economy, as putting into motion a project of this scale and complexity is a daunting task.

Next, we’ll discuss the options for digital transfers systems in Colombia. Also, we’ll cover how this project will benefit international and local companies.

What is a real time payment system? History facts

Instant or real time payment systems enable, as their name implies, all kinds of financial transactions within seconds. Electronic banking has been around for some time, and it has begun to steadily replace the classic ways of using physical currency or making in-person payments at the bank (3). The innovative aspect of instant payment systems is the fact that they do not take days to process, are available 24/7, and are more convenient to use than e-banking platforms (1). In their early days, real time payment systems were mainly developed to improve peer-to-peer (P2P) transactions (4). One of the pioneers in this field was Venmo, the mobile payment system from PayPal, which started operating in the United States in 2009. Since then, real time payment systems have profited from other global trends, namely, the declining use of physical currency. European economies, in particular, have drastically reduced cash payments. In Sweden, for example, the use of cash in daily purchases has dropped from 39% in 2010 to just 9% in 2020 (5).

Additionally, the Covid-19 pandemic has fundamentally changed the perception of cash payments. Some central banks project that cash will lose its popularity even more and that in the coming years some countries will completely abandon using physical currencies altogether (6). These two drivers, and a number of others, encouraged the emergence of diverse real time payment systems all around the world. Especially in developing countries, we are observing a rapid rise in the usage of instant payments. In Brazil, the Central Bank of Brazil (BCB) launched its national real time payment system, PIX, in November 2020, and now more than 70% of all adult Brazilians use this platform to make their daily purchases (1). The disruptive and convenient nature of these payment systems responds to the Zeitgeist of the financial industry and will be a feature for the foreseeable future in our economies.

Now let’s take a look at how Colombia intends to roll out a national real time payment system.

Colombia is no exception when it comes to the popularity of real time payments. Nequi, which started its operations in 2016, has now reportedly already more than 10 million clients (7). The common theme of the already existing systems, like Nequi and Daviplata (11 million users), is that they were developed in the first instance by commercial banks and were limited to their respective target groups. Following the example of PIX in Brazil is no easy task and requires a lot of technical and regulatory changes.

The Colombian central bank decided to develop this cutting edge infrastructure with the help of a public-private partnership round table. According to the general director of the central bank, more than 150 entities, including payment system administrators, financial institutions, cooperatives, fintechs, and technology providers joined them throughout the last couple of months in various plenary sessions and working subgroups (2). As mentioned above, there are already private instant payment systems available in Colombia, and that is why one challenge will be to implement this national initiative to integrate with pre-existing infrastructures. With the technical support of the United Nations Better Than Cash Alliance, the central bank had the opportunity to learn about the models of Australia, the Philippines, Jordan, Ghana, India, and Peru. Furthermore, Colombia also received valuable technical assistance from the Economic Cooperation Programme – SECO of the Swiss Embassy (2).

The goal of the Colombian central bank is clear – in the near future, all Colombians should be able to make instant payments, from any bank, regardless of the type of  bank account, 24/7, on a secure platform, and at low or no cost to the consumer. No launch date has been published so far, but citing the general director: “We will continue to move forward with the implementation of this project as quickly as possible in order to achieve a timely implementation as we know is demanded”.

How Will a National Instant Payment System Benefit Your Business?

Broadband financial inclusion brings many advantages to a developing economy and its enterprises. Here are some notable benefits:

This announcement from the central bank gives hope that the digital financial infrastructure in Colombia will flourish and enable many more business opportunities as a result of real time payments. It also holds significance in showing the cooperation of the public and private sectors to come together during the planning and design phase to bring this valuable system to the market. Of course, one has to wait for further information regarding the specific design and regulatory requirements, but the news from a few days ago points to an interesting future for the Colombian economy. The list of benefits above is not exhaustive and there will be more ways in which innovation can result and thrive in the wake of this project. Here in our blog section, we will keep you updated on further announcements and milestones regarding the national instant payment system and its implementation in Colombia. Stay tuned.