Discover the potential of agriculture in Colombia and how investing in agribusiness in Latin America is clever to expand your business. Colombia is ranked as the second-most biodiverse country in the world. With its fertile soils, agricultural opportunities are almost unlimited. This guide will outline the options available for you to expand in this sector. 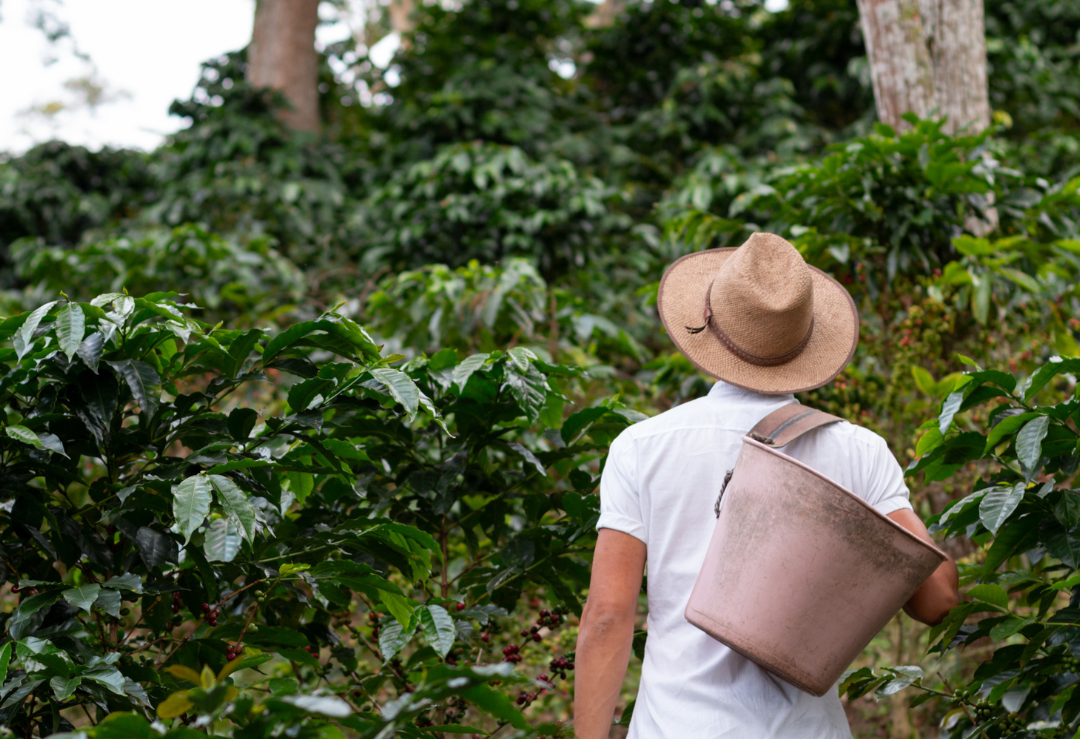 The potential for agriculture and agribusiness is enormous. Not only because investment in agriculture is one of the pillars of the new government of President Petro, but also because of the advantages that this location has in agriculture. The country has 34 million unused hectares that are suitable for agricultural production and extensive experience to produce various types of products responding to global consumer trends.

Here’s why Colombia is perfect for the agro-industrial sector:

Located in the north of Southamerica, equipped with its extensive natural resources, and diverse topography and 34 million hectares of potential agricultural farmland, Colombia’s role as a global food supplier is becoming increasingly important. As reported by the UN Food and Agriculture Organization (FAO), Colombia ranks 10th in the world for precipitation. Furthermore, due to its varied elevations, it has a favorable climate for raw products such as coffee, cut flowers, bananas, and cocoa.

Colombia’s main trade partner in the agricultural sector are the United States, closely followed by various countries of the European Union. In the first half of 2022, the agricultural and agro-industrial sectors exported US$6.116 million, an increase of 38.8% compared to the same period in 2021, when the figure was US$4.406 million. In total agriculture, forestry, and fishing accounted for 7.4% of the Colombian GDP in 2021, tendency increasing. 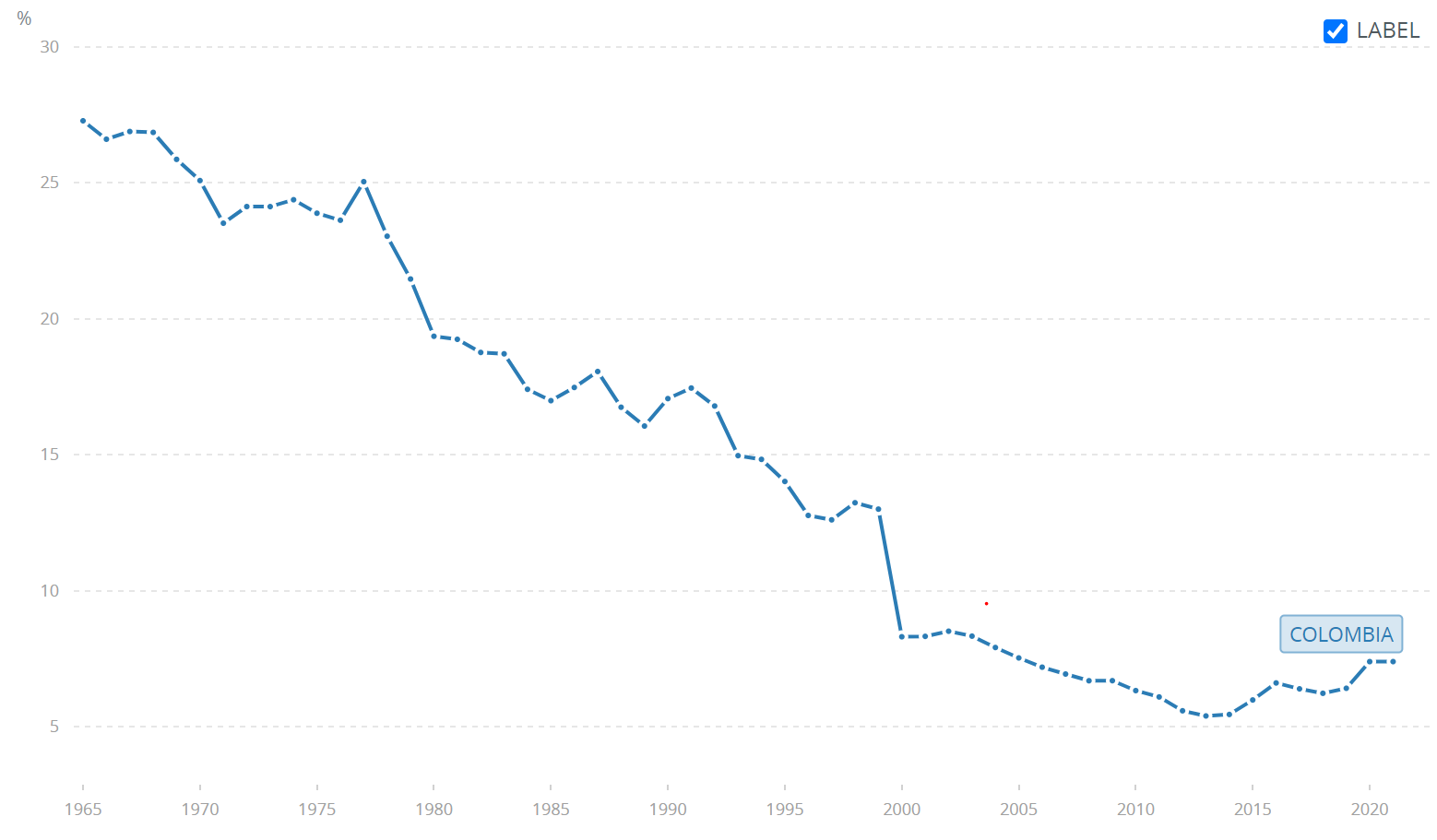 The Different Regions of Colombia and their Main Economies

Colombia is split up into six different regions: the Caribbean, the Pacific, the Island, the Andean, the Orinoco, and the Amazon region. Being approximately as big as France and Germany together, each region has its specific focus on its different economies, and there is still a lot of growth potential to exploit. 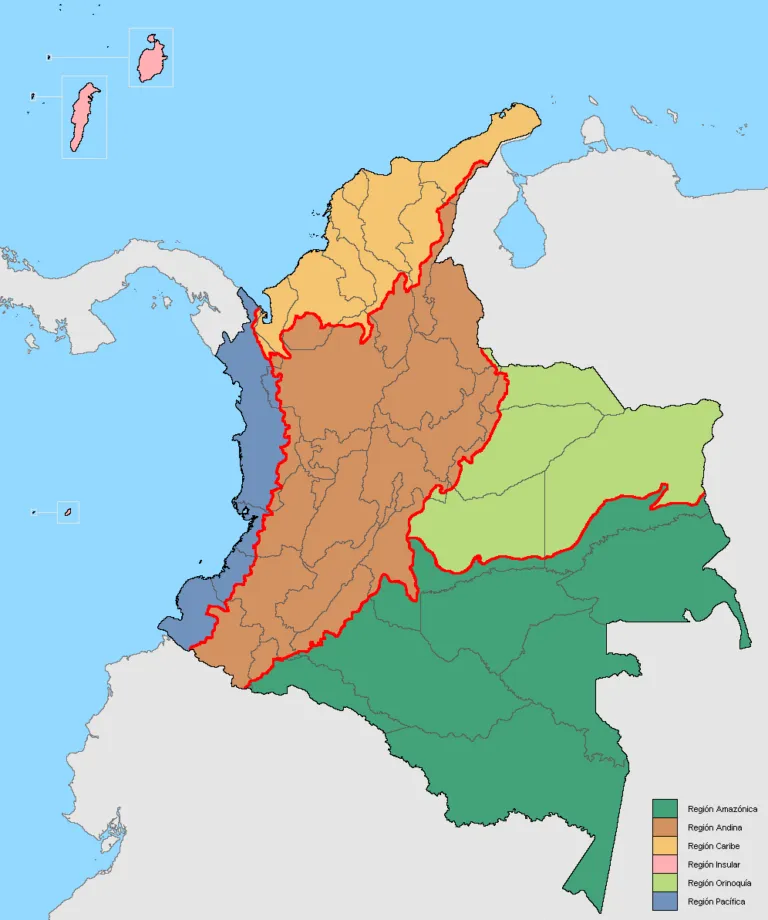 The Caribbean region is located in northern Colombia marked in yellow on the map. This region is characterized by its warm climate and its spectacular beaches and accounts for up to 30% of the country’s total exports. This is due to its regionally well-known ports in Barranquilla and Cartagena.

Whereas mining, livestock farming, and tourism are important industries in the region, the agricultural sector has become increasingly important as well. Especially in terms of banana cultivation, the region has evolved into a key region for foreign investment. Therefore, the largest companies in Latin America are based there.

The Pacific region, as marked in blue on the map is known to be the area with the highest precipitation on earth, and home to most of Colombia’s biodiversity. The geographical location on the largest ocean in the world also opens the doors to international trade, which is pivotal for the development of the Pacific and the country.

Essential industries include mining and fishing. Nevertheless, the agricultural sector has developed itself into an important factor as well, principally with sugar cane production.

The island region, as marked in pink, encompasses all of Colombia’s remote islands, located in front of Nicaragua, and offers unique marine beauty and paradisiacal landscapes which serve as important nature reserves and are home to thousands of animal and plant species.

While tourism is the most important economic activity in the region, fishing and agriculture are important sources of income for this part of the country as well. Fish, seafood, bananas, corn, coconut, and lime are the most commonly traded items.

The Andean region, dark orange on the map, is probably the most important region for all sectors of the country, as it is where the majority of Colombia’s population is concentrated and it is the area with the greatest economic development in the country, where the three most important cities are located: the capital Bogota, Medellin, and Cali. The region accounts for approximately 65% of the country’s GDP.

The main economic activity in the Andean region is agriculture, thanks to the numerous fertile soils suitable for a variety of uses. Various products are planted and harvested here for export and national consumption such as coffee, sugar cane, cotton, rice, cocoa, potatoes, and barley. Additionally, more than 80% of the country’s coffee crop is produced the region.

Colombia’s Orinoquia, marked in light green on the map, is made up of vast plains, various rivers, and numerous ecosystems. The warm and dry climate of this region gives rise to savannah vegetation and natural pastures, as well as diverse wildlife.

While livestock farming and mining are the most important economies, there is the agricultural sector, with activities such as the production of food and fiber. The main crops are coffee, rice, corn, sugar cane, bananas, plantain, agave, and others.

The Amazon region, dark green on the map, in the south of the country is the largest of the six regions. It occupies 40% of Colombia’s territory and is home to extremely diverse flora and fauna that preserves and protects much of the planet’s biodiversity.

Fishing is particularly strong due to the numerous rivers that cross this area of the country, as well as forestry which leads to the production and marketing of wood, both non-timber and useful. Furthermore, agriculture is omnipresent here as well, and characterized by the cultivation of rice, bananas, corn, sugar cane, and cocoa, among others.

Ongresso Can Help You to Invest in Agriculture in Colombia

These highly diverse regions can pose a challenge to you, therefore you will need a provider with local know-how, to conduct business successfully. Due to our industry expertise, local network, and market intelligence Ongresso has worked with over 100+ clients in the region. Contact us now to learn more about agriculture in Colombia and how it is going to benefit your business. Regulations might present to be an obstacle, therefore working with a recognized local partner can save you a lot of time and money.

By having over 10+ years of experience in Colombia, Ongresso can provide you with a customized entry package, the associated back-office services, and legal advice.

Contact us today for more information on how to invest in agriculture in Colombia and request a quote for services.

“I was looking for assistance in setting an S.A.S, and the whole team helped to understand the culture, they were bilingual or multilingual. Most of them lived in Latin America, and it became an ideal local partner, they have the skin on the game too”

Please use the form below to contact us. One of our Latin America market expansion experts will reach out to you shortly.