Reasons why to Invest in Colombia an investment hot spot 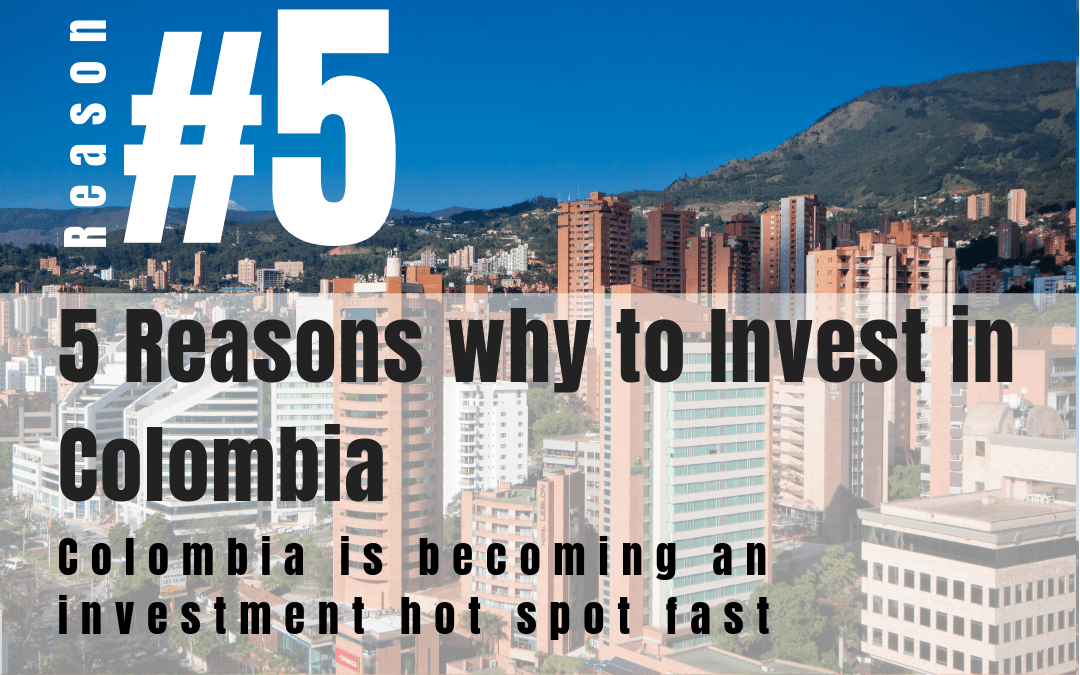 Due the violent internal conflict and the resulting security issues that plagued Colombia for many decades, the country used to be shunned by most foreign companies and investors in the past. However, the last few years have shown a fundamental change: The South American nation has become a prime destination for foreign businesses and investors. Helped by the economic troubles of former powerhouses such as Brazil, Argentina and Venezuela, Colombia has become a beacon of stability in the region, which makes is not only an interesting market per se but also an ideal hub to do business in Latin America as a whole.

An increasing number of foreign companies are establishing a presence in Colombia for those reasons.

Banco de la República figures show that European companies contributed 34% of foreign direct investment (FDI) in 2016. They invested US$29.9bn in Colombia between 2011 and 2016, US$4.7bn in 2016 alone. According to the Financial Times, 314 projects have been financed by European investors in the past five years, mainly in the service sector (software, IT and finance).

Before expanding your business to a new country, you should be aware of its unique local customs and culture. Colombia is no exception. It is a vast country with a lot of cultural diversity where the business etiquette varies as we travel from one part of the country to another. In most of the big cities of Colombia, business is done more formally than in smaller cities or in the coastal regions. However, as in most countries in Latin America, business success relies a lot on personal relationships that build trust and provide a certain compensation for a weak legal system. Using the support of a reliable local partner can help you save time, resources and ensure your compliance.

If you require more information on how to expand your business to Colombia, contact Daniel Breitenmoser at contact@ongresso.com