5 Reasons why to Invest in Colombia its Government 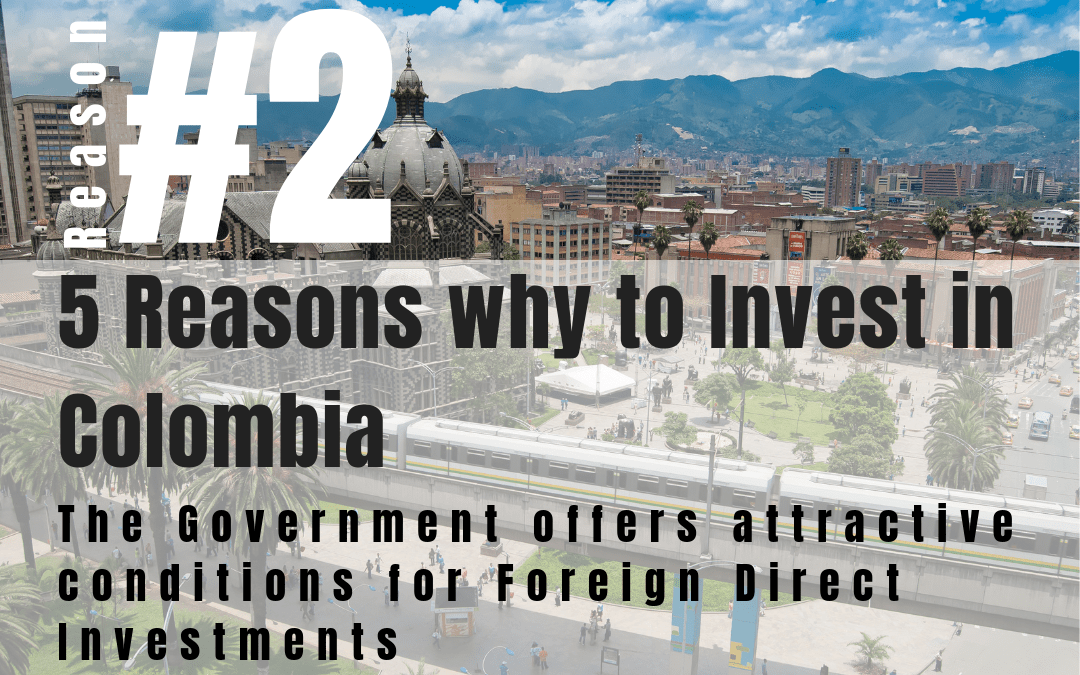 Ivan Duque Marquez, Colombia’s newly elected president, is a lawyer with a degree in economics and member of the right-wing Democratic Center party. He won the elections with a business-friendly agenda and promise to re-negotiate the peace deal signed with the FARC, seen as too generous with the now disarmed rebel force by many voters. Other cornerstones of Duque’s political program are the fight against corruption and fiscal austerity.

Duque pledged to improve regional infrastructure and environmental sustainability by reducing waste and protecting the variety of ecosystems, while encouraging innovation and entrepreneurship. Unknown to many, Colombia has Free Trade Agreements (FTAs) with 47 countries. Combined with the new government’s push for economic integration, this will create attractive opportunities for foreign investors.

Due to the drop in the global oil price, Colombia had to face a lot of issues in the span of 2012-2016, with economic growth dropping to 1.8% by 2017. Things are looking up now, however, with the International Monetary Fund (IMF) projecting the Colombian economy to grow by 2.8% in 2018 and 3.6% in 2019. The government is committed to continue the economic discipline adopted by previous administrations since 2012 and will focus on structural bottlenecks, financial amendments and increasing the productivity of its economy.

Colombia is a strategic ally of the United States and the European Union in Latin America. These partners work closely together in areas such as politics, international trade, the fight against drug trafficking, the implementation of the peace accord, etc. The US is the primary trade partner of Colombia (29.1% of Colombian Exports) followed by the EU (17.9%) who is also the primary source foreign direct investment (FDI) in the country (34%). The main exports of Colombia are minerals (oil, coal, precious metals) and agricultural produce (coffee, bananas, flowers).

The trade agreement between the EU and Colombia was signed in June 2012. At present, trade between Europe and Colombia is valued at approx. US$11.6bn. EU exports are mainly medical products, automobiles and machinery, while Colombia sells minerals and agricultural produce to Europe. This demonstrates the variety of commercial opportunities available for foreign companies in Colombia.

Before expanding your business to a new country, you should be aware of its unique local customs and culture. Colombia is no exception. It is a vast country with a lot of cultural diversity where the business etiquette varies as we travel from one part of the country to another. In most of the big cities of Colombia, business is done more formally than in smaller cities or in the coastal regions. However, as in most countries in Latin America, business success relies a lot on personal relationships that build trust and provide a certain recompense for a weak legal system. Using the support of a reliable local partner can help you save time, resources and ensure your compliance. If you require more information on how to expand your business to Colombia, contact Daniel Breitenmoser at colombia@ongresso.com.